A new document of an acid-fueled 1972 European Tour. (No, it's not who you might think) 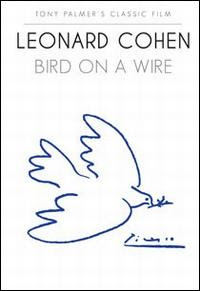 I randomly came across a couple clips of this recently released documentary of Leonard Cohen's 1972 tour of Europe and was entranced by what I saw. Here's a published poet and author, in his late 30's, with a few albums under his belt, suddenly in the rock and roll world that is still relatively foreign to him (but, which he's quickly getting used to). He's clean cut, well dressed, well spoken...and taking LSD before going on stage. Huh? Well, I figured something was up when I saw this clip . I won't spoil it. It's intense and I gotta see this whole movie.
You just trust Leonard more in this setting, than, say, Keith Richards. No one's gonna wield a knife or introduce you to their sketchy friend who owns an island and a bevy of prostitutes and is on the lam. Let me know if you've seen this.
Posted by brian at 3:46 PM