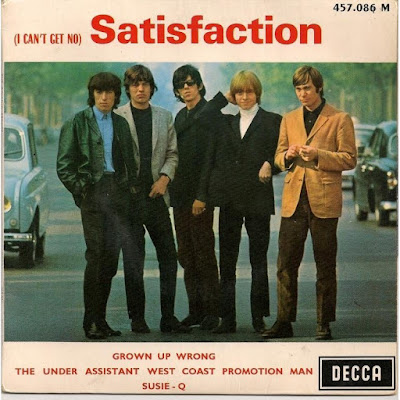 A celebration of one of the best pop singles of all time, and some of the many, many cover versions, good (Otis), bad (Britney) and ugly (Residents) which it has spawned.

Listen to this episode on iTunes  or  Podomatic.com

One of the first bona fide classics from the mind of Antonio Carlos (Tom) Jobim--as well as from the genre he helped to create, Bossa Nova. With a melody partially lifted from Chopin, lyrics in both Portuguese and English--that have totally different meanings but are both equally sad--and cover versions by a surprisingly wide range of artists from Shatner to Iggy, what's not to love? A couple of technical glitches threatened to waylay this episode, but I think I succeeded in nursing it back to health.

Podcast Episode 2: To Love Somebody

Rolling right along.....
one of the Bee Gees' early masterpieces, written by a 21 year old Barry Gibb for Otis Redding, who died before he could record it, and covered by dozens of artists across many genres and generations. This song is just one of many moody pop gems recorded within the the first five years of the Bee Gees career. One hopes that as time goes on, the whole "disco sucks" mentality of the late 70's becomes an embarrassing joke. That The Bee Gees became the face of that irrational rage is beyond ludicrous.
1) They themselves never called it disco, and besides, their sound was evolving into a funkier style years earlier 2) The Rolling Stones, KISS, The Grateful Dead, Blondie, The Clash and many others recorded unabashed "disco" tracks and didn't have to spend the rest of their careers living it down 3) All three Bee Gees were masters of many different kinds of pop songwriting.
Luckily, a new generation to whom the delineation between rock and disco means nothing has embraced the Brothers Gibb and their countless amazing recordings (steps off of soapbox).

WTSCF Podcast Episode 1--Around and Around 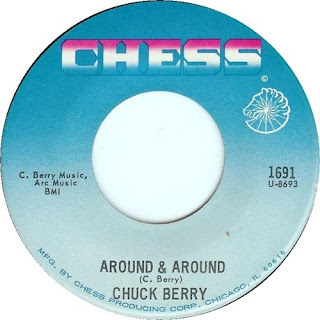 Format Change! It's all (or mostly) podcast from now on (or until I get tired of it...but I have a lot of episodes planned....).

Each episode will focus on one song that's been covered by a wide range of artists over many years.
We'll listen to the original, give some background, maybe ponder why so many wide-ranging artists have covered it, and listen to the most intriguing of those versions.

Episode One concerns Chuck Berry's "Around and Around". From The Stones and The Dead to Bowie and The Germs....the message is universal, but the styles and aesthetics vary wildly. Dig.

It's not that I'm bored with writing, but I think having a podcast might be a hoot. Let's see how it goes. I write the script ahead of time anyway, so it's still a sort of writing; just with sounds and things. Hope you like it.


I also have a Facebook Page where you can see photos of all the artists from the different episodes. And you can LIKE me...but only if you really mean it.
Posted by brian at 2:31 PM 0 comments


Introducing...the Where's That Sound Coming From Podcast!
Each episode will take one song and examine five or so of the most interesting cover versions of said song. Details below....

Hi everyone. Because I don't get paid to write, I have the luxury of writing about only what I want to, and only when I get excited about a subject. I admit that lately, the inspiration has been a bit scattered--or directed in other places, such as, for example, the next Sitting Next to Brian album, which is all demoed, and the band is currently learning the songs.

Now, let me tell you about a project I was working on last year on and off and what it's about to evolve into.

I was calling it The Illuminati Project. I'll explain.

It all started when, about three years ago, I made a playlist made up solely of a selection of cover songs that Jerry Garcia and Michael Nesmith have done. I referred to this playlist in an earlier blog entry. Researching these songs gives one quite the music history education and can turn one on to songwriters from other times and genres--be it Antonio Carlos Jobim, Cole Porter, Irving Berlin, Leadbelly or George Jones. I'm thankful that these guys had such good taste and were curious and adventurous enough to expose their audiences to music by non rock and roll songwriters.
I realized that if you throw in certain covers performed by Elvis Presley, Bob Dylan, and Gram Parsons, paths start to intersect, the circle gets wider and you start seeing more titles appearing next to more than one artist.

I began thinking of songs that I know have been covered by more than one artist--be they in my original playlist or not--and then would research that song, and often find that MANY disparate artists had performed/recorded it.
I would then try my hardest to obtain the song in an honest way--say through inter-library loan
or borrowing from a friend. I used alternate means for things that were strictly bootleg (a Led Zeppelin soundcheck for example) and would throw down for legit MP3s from Amazon or iTunes of songs I'd be happy to have anyway.

I let this list grow and grow, and I'd find the craziest cover versions of songs I never knew existed. It was musical detective work and I could do it for hours (while I was unemployed and not job-seeking, that is).
I had no idea what I was going to do with this list, which, as I said, I was now calling The Illuminati--because I began to wonder if there was some higher order that would require certain contracted musicians to cover certain songs so that certain publishing companies would meet their quota. But I never looked into that. I’d rather not know. At least not at this juncture.

The only useful idea I had over the last year for this ever growing list was to make mixes on my friends' birthdays, made up of "not famous versions of famous songs". Say Buck Owens' version of Donovan's "Catch the Wind" or The Free Design doing “Summertime”. Everybody’s gotta hear these spectacular versions!

You may remember that two years ago I did my one and only podcast to date. You don't remember? I'll refresh your memory.

I was newly laid off, collecting unemployment and still healing from hernia surgery. I had time, I had painkillers, I had all sorts of ambition in regards to what I was going to do with my free time.

One thing I didn’t have was a microphone, but the Macbook’s built in mic was adequate (I’ve since thrown down for a real mic).

A podcast in celebration of Ringo Starr's 71st birthday seemed like a great idea. I analyzed Ringo's drumming and why he's so great and gave loads of audio examples and commentary. It bears all the marks of someone who has no idea what he's doing. But it was fun to do.

Anyway, I had the idea last week that I'd start up the podcast again--in earnest and with more attention to sounding good. And with a definite theme and format that I figure can last dozens of episodes.


The Format:
Each episode will be devoted to one song. I'll play the original version of the featured song (or at least the oldest version I could track down). I'll talk about the song, the song's author and muse about the possible reasons why this song has been covered by such a varied lot. Do the lyrics express a universal theme that speaks to the human condition? Or is it simply because it’s three chords and a catchy chorus? Is it that it's a sure crowd pleaser? Is it that it makes everyone cry, and everyone loves a good cry?
Then I’ll play generous portions of, say, the five (or six or seven?) most interesting cover versions of the song.
Mind, I'm not talking about a folk or blues song that 20 other folkies or blues people have covered. I'm talking about songs that have been covered by both Nick Cave AND Isaac Hayes, to give one surprising example. Or by Sammy Hagar AND Eartha Kitt, to give you another idea of how far out and fun this stuff can get. It makes you so happy about music. Yay music! Boo categories!

'll give some facts and my opinions, and maybe freeform spiel a bit.

Over the course of the episodes, you, the listener, can also monitor my podcasting skills. My sound levels, my on air voice and personality....Feel free to critique. I might be using Soundcloud, so you can comment in real time....
Will I slowly become Charles Osgood? Or Venus Flytrap? Dale Dorman?

You dig? Doesn't this sound fun? Doesn't this sound like you want to tune in and listen every...week? Two weeks? I don't know how frequently I'll be able to publish. I hope it's that often. It's great because I already have the first ten show subjects lined up.


Actually, no. I have the first 23 shows all planned.

I'm almost finished with episode #1. Watch this space for the news of when it's up.
Stay tuned!!!!