In the dark depths of winter, a technical glitch hath caused me to repost this one... 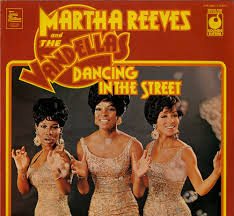 As promised, a summer theme. This is one song to which I don't feel any improvements are needed. The original is perfect, and only a few of the covers featured do I feel succeed in doing something new and exciting. I think the Everly Brothers and Van Halen win the cup this time. See what you think.
In researching this episode, I discovered something interesting, which became the sub-theme of this episode: That both The Who and the Grateful Dead both began covering this song in a straight ahead form in each of the band's early days. Both retired the tune, only to each rework it in the late 70's. So I bookend this episode with those bands' versions. Yes, I might spend a few extra minutes on the Dead's version(s), but that's just because their musical references are so rich, that it's hard for me to resist diving in. I also wish I cut the Little Richard version a minute or two earlier--I started out loving it, but grew to dislike it after repeated listening.
Otherwise, you will hear some prime examples of how music changed between the 60's and 80's. I can't really say that things have changed half as much in the last 20 years.

A teenage Jackson Browne wrote this world-weary classic (some know it as a Nico song; some know it as a Gregg Allman song...) while living in sunny southern California. Since then, it has been covered in a variety of styles, undergone some drastic changes, and seems to have returned to its owner in a matured, but similar state as it was in when he first gave it to the world. Browne can now sing his jaded words with some wisdom instead of teen angst. We'll hear several treatments of the song from 1967 to now.