Where Have I Been? Good Question. I Have a Good Answer.


I'll be back with a piece about The Kinks' and Beach Boys' "high quality/low sales" periods (roughly 1968-71). I'll examine the whens and whys and all that.

In the meantime, if you'd like to hear some of the music that Beth and I have written and recorded, you can stop, look and listen HERE. 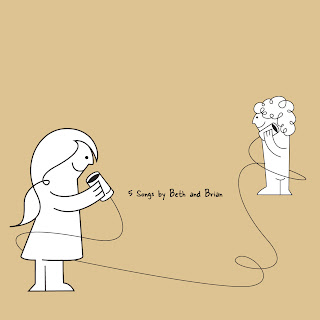 
Finally, nostalgia for something I actually experienced! (well, the Pixies/Sonic Youth tribute was in my lifetime too...but that's adolescence. What follows here is safe, snug childhood)

This post had to happen sometime, so it may as well be now.
If you were lucky, you had an age that you look back upon when everything seemed perfect. The world made sense, and what didn't make sense filled you with wonder. You felt safe and secure, and yet were perhaps experiencing your first taste of independence.
For me, that's 1983. For 11 months of 1983, I was 10 years old. I was in fourth grade, and just learning to like living in New England, after not really enjoying my first year (we'd moved from California in 1981).

I played in the North Andover Youth baseball League (Little League, for all intents and purposes) and was drafted in the first round. I was sooo psyched when the coach called to tell the news.

In any case, I never really thought much about 1983 until a few years ago, driving to the Cape for a gig with, I believe, The Aloha Steamtrain. I had a complete flashback to driving to the Cape with my parents and sister, and was compelled to yell out the window, "SUMMAH '83!!!!" which then sort of became the band's rally cry for the rest of the weekend. And has become a phrase that occasionally rears its head. It signifies the ultimate in freedom and happiness. You kinda need to be able to understand the significance of the eastern Massachusetts accent. I.E. "Summah".

So, let me pay tribute to that magical summer of sitting in the back seat of the LeBaron, hearing these songs, watching the people in passing cars and wondering what being a grown up was gonna be like.

Little did I know being a grown up would be all about reminiscing about childhood.

Here, cats and kitties, is a selection of my favorite songs from that magical time, when Ronald Reagan was every child's creepy grandpa and the Red Sox were always in 4th place.

Come Dancing-The Kinks (my Mom thought this song was "cute". My sister Alyssa explained to me that this was by an old band who also wrote "Lola" and "You Really Got Me". I felt educated and intrigued....)


Thomas Dolby-She Blinded Me With Science

DeBarge (YES!) All This Love (why can't I find the original video?)

And that's about the ride home from Salisbury Beach back to North Andover.
Hope it rocked your tubesocks.
Posted by brian at 7:11 PM 0 comments