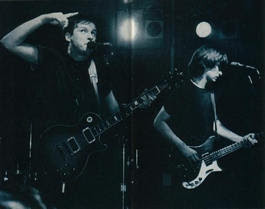 Below you'll find some embedded videos to back up my claim.
There are a lot of live shows that folks have posted for download, but I'll let you search for those if you're so inclined. I'll just say that despite the similar set lists, I could listen to recordings from the winter-spring 1980 US Drums and Wires tour all day. They were so good.

If XTC were to release a Fuzzy Warbles-meets-Dick's Picks series, I'd gladly shell out for some cleaned up live recordings.
I wish I could have witnessed one of the embedded shows below. Or any of them (I was too young). To my ears, they were the best of the era.

Listen to other bands of the same era:
The Clash--there were some musical limitations. and little joy. oddly plodding at times. lack of finesse.
Elvis Costello and the Attractions--a tend to rush and the live sound was thin.
Buzzcocks--fun but sloppy and dodgy tuning.
The Police--a lot of push-pull. Sting's voice wears thin. Stewart tries too hard.
The Jam--love the songs, but it doesn't hold my interest.

XTC took risks, sounded human, sounded like they were having a ton of fun, all of them played and worked off each other really well, Andy P had a commanding live voice, they sounded big and loud, and there was a spontaneity, or so it sounds. Instruments and rhythms bouncing and clanging off each other. And there is ENERGY TO SPARE. Though they LOOKED cooler onstage with Barry Andrews, they undoubtedly SOUNDED much, much better with Dave Gregory. 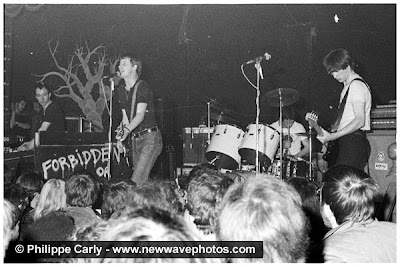 The drag of course, is that they had to stop. Andy Partridge, after giving up Valium in 1981 (after a many-year dependency), realized he had crippling stage fright (and right there is a wonder of wonders: one Valium and I'm comatose for 8 hours. Andy was taking several daily, and drinking, and going out and playing 2 hour speed-a-thon shows. We're all wired differently, I guess). He battled the panic attacks for the final year, but it got the best of him one fateful night in Paris, in March, 1982.

Andy, in the past, has dissed their live shows, but in fact I'm sure it's his being defensive for the forty thousand times he's had to answer the question, "why'd ya stop playing live? ya gonna start playing live again? why not? come on, do it!" (personally I stopped hoping for that somewhere between Nonsuch and Apple Venus. Then I started hoping for a solo Andy tour a la Robyn Hitchcock. One guy, a million songs and stories. Maybe? Ok, I'll stop.)

I referred earlier to my fondness for what I call "wedge bands", or bands that aren't automatically accepted as cool. The Bee Gees, Beach Boys, Monkees, Grateful Dead... This could also be defined as bands who need some defining or explanation. XTC's one of those bands.
I was sure in the wilderness for a while--say from 1990-95--, getting lots of shrugs and blank stares when I'd go on one of my XTC spiels. That has since changed. However, I do still feel like I'm the only one of my XTC fan friends (all of which are people with whom I'm in one band or another) who so much dig hearing this stuff from their all-too-short touring years . 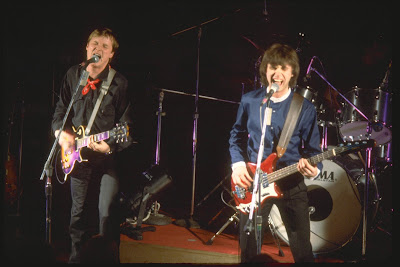 Email ThisBlogThis!Share to TwitterShare to FacebookShare to Pinterest
Labels: XTC