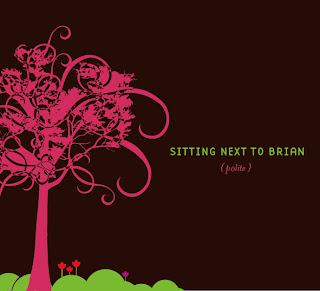 I wondered how long it would take until I bit to the center (my ego) of this Tootsie Pop of a blog.

The other day, a song of mine, "People On Trains", from 2007's POLITE came on the iPod and I listened with fresh ears. I enjoyed it, and remembered how recently, an esteemed songwriter friend of mine called it one of his favorite songs by anyone.
I've said this before: the vast majority of my songs are Frankenstein's monsters--song scraps that I record and catalog and let ferment for anywhere from a few days to a few years. And for these scraps to "play nice together", they often have to compromise their original intent. Something that was written as a tango ends up disco and in a different key. Or something like that.
The other main ingredient is conscious or unconscious influence. This is always for arrangement purposes. There's not a whole lot new under the sun, so one can either pay tribute to a previous style, or mix and match and put through filters. One of the most effective filters is having those unfamiliar with a certain artist or genre unknowingly play something that the songwriter knows is influenced by said artist or genre. Have a Syd Barrett freak play on a Willie Nelson ripoff. or vice versa. Recently, a band had me play drums on something that was Yes-influenced. I'm not a huge fan of complex art/prog etc. So they got it through my filter. I just never strove to have Bruford licks.

Back to the matter at hand. The patchwork of influences that is my song, "People On Trains".
The best way to describe this is to listen to the song and then list/link to the various  influences that went into it.

See if you can hear how the following songs influenced the arrangement:

Isn't this fun? Tell me you're not having a blast.

Other facts about the song:
--the initial slow verse part was originally written about an annoying neighbor I had many years ago.
I knew I was never going to write a song about a neighbor, so I shelved the words. I think I only had two lines anyway. But the melody was nice.

--the lyrics that ended up on the final song are about a million things. some of it does take place on a train; specifically, the G train to/from Greenpoint (Brooklyn) that I rode for 3 weeks and took note of the people I'd see every day. and contrasting it with the wordless shoe clomping one hears in some European subways. there's also a scene or two from the Berkshires (cheap hotel in wealthy town). oh, and a laundromat in Northampton where I watched a guy getting really into reading a book about Che Guevara --I imagined all the people in the last half century reading said book and plotting their own revolutions, sticking it to the man, what have you. writing speeches in their heads. not knowing that all the while, some wiseacre could be writing lyrics about them.
Posted by brian at 8:40 AM

Email ThisBlogThis!Share to TwitterShare to FacebookShare to Pinterest
Labels: sitting next to brian